You are using a web browser that may not support the design features on this site.

For the best experience, please switch to another browser. We recommend Chrome or Firefox.

Our office accepts most major dental insurance plans in the area.  We also recognize with the increasing cost of insurance many people will want to self insure. We therefore offer reasonable prices for those paying out of pocket for their dental treatment.  Please call us if you have any questions about insurance or finances we are happy to help you.

We accept all of the following insurance plans and many more:

This is not an exhaustive list - we accept many other plans as well. Please call our office with any insurance or billing-related questions! 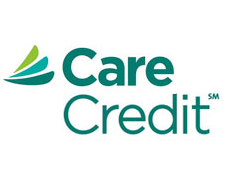 We offer interest free payment plans for 1 year through Care Credit. This is a great option to allow you to get your mouth restored to health today, and not worry about further damage occurring to your teeth.  CLICK HERE to apply today!

How safe are dental X-Rays?

Exposure to all sources of radiation-- including the sun, minerals in the soil, appliances in your home, and dental X-rays -- can damage the body's tissues and cells and lead to the development of cancer. Fortunately, the dose of radiation you are exposed to during the taking of X-rays is extremely small.

Advances in dentistry over the years have lead to the low radiation levels emitted by dental X-rays. Some of the improvements are new digital X-ray machines that limit the radiation beam to the small area being X-rayed, higher speed X-ray films that require shorter exposure time compared with older film speeds to get the same results, and the use of film holders that keep the film in place in the mouth (which prevents the film from slipping and the need for repeat X-rays and additional radiation exposure). Also, the use of lead-lined, full-body aprons protects the body from stray radiation (though this is almost nonexistent with the modern dental X-ray machines.) In addition, federal law requires that X-ray machines be checked for accuracy and safety every two years, with some states requiring more frequent checks.

Read More FAQs
Like us on Facebook Visit us on Yelp Leave a Google Review
If you have difficulty using our website, please email us or call us at (541) 997-7181